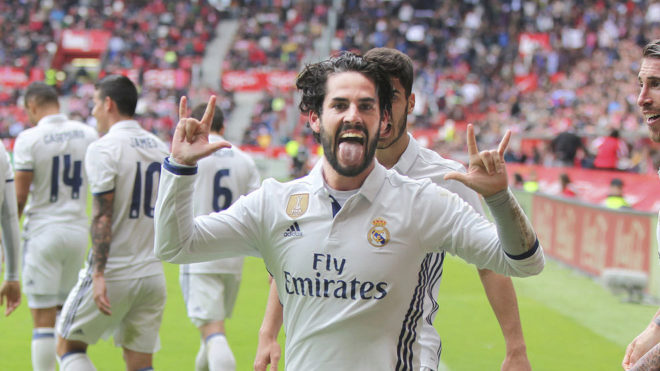 UEFA will consider introducing squad limits and changes to the transfer system to prevent European teams hoarding players and stem the growing gap between rich and poor clubs, its president Aleksander Ceferin said on Wednesday.
The Slovenian lawyer, elected as the head of European soccer's governing body last September, told a conference in Lisbon that UEFA needed to address a "decrease in competitive balance" within European club football.
The last few years have seen the increasing dominance of a few elite clubs like Real Madrid, Barcelona and Bayern Munich.
Europe's smaller leagues complain that big teams cream off their players at a young age, only to immediately send them on loan elsewhere, while the likes of Ajax Amsterdam and Benfica, once major powers, have effectively become feeder clubs.
"We do have to examine new mechanisms like luxury taxes and in particular sporting criteria like squad limitations and fair transfer rules, to avoid player hoarding and excessive concentration of talent within a few teams," said Ceferin.
"We do need to assess whether the transfer market as it operates today is the best we can do? We cannot be afraid to touch it."
Ceferin did not give any further details on what he meant by luxury taxes, but added that UEFA could work with global soccer body FIFA to change the transfer market or do so via its own licensing regulations.
Entire pyramid
Referring to the difference between the biggest clubs and the rest, he said: "We cannot allow the greatness of some to overshadow and drown out the least of us.
"If we allow gaps to become too great we will be neglecting those who have little opportunity.
"We face a threat that the bottom becomes unstable because the rest of the world is focused on the top and our policies must reflect the stance that we value the entire pyramid."
However, he did not offer any concrete proposals as to how this could be done, saying instead that UEFA needed to "assess and understand the current situation and some potential trends.
"UEFA has a duty to protect the whole of football and not just the elite and not just within our competitions," he added.
A month before Ceferin's election, UEFA announced changes to its flagship Champions League competition, giving more places to teams from Europe's biggest four leagues -- Spain, England, Germany and Italy - and cutting those allocated to the rest.
He did not specifically refer to this in his speech, though Ceferin has previously said he would not attempt to reverse the changes which will apply to the 2018-21 cycle.
He added that UEFA would set up a new division entitled "Protection of the Game" to tackle doping, corruption violence and match-fixing.
"UEFA will soon have an "army" of people to fight this," he said.