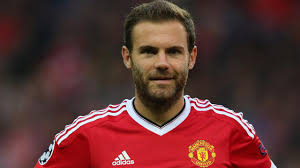 Villarreal are determined to clinch the signing of Manchester United's Juan Mata as they seek to add attacking punch to their team ahead of the new season.
The Yellow Submarine have been dealt a blow with news that Roberto Soldado will miss several months of action with a cruciate ligament injury.
And they believe Mata, who has been told he will not play a big part in Jose Mourinho's plans, could be a valuable addition to the squad.
The Spain international is seen as the perfect option to play behind the centre-forward at Castellon, with Alexandre Pato, Cedric Bakambu and Nicola Sansone also able to play that role.
His mammoth wages, however, could be a serious obstacle to any move.
Villarreal will try to convince United into a loan deal for the coming campaign, with a purchase option built in to the proposal.
Mata will also be asked to take a pay cut in order to complete the deal, although the transfer could be put at risk should the Red Devils hold out for a permanent move.
In any event, the Spaniards will not make any formal bid until Champions League football is confirmed, with Monaco standing in the way of the group stage in the final qualifying round.