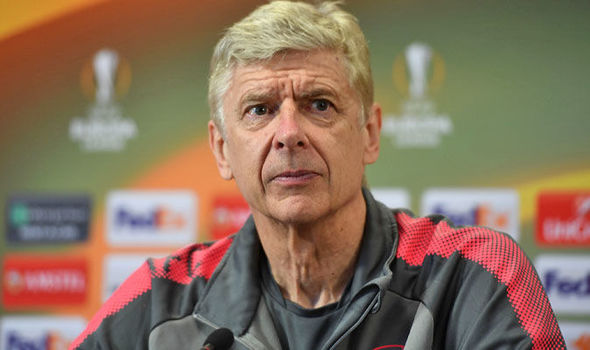 Arsenal take on Atletico Madrid at the Emirates Stadium tonight in a semifinal tie in the Europa League. Ahead of the encounter Arsene Wenger highlighted he has achieved Champions League qualification for his team for 20 years in a row.

The Frenchman has already announced his departure from the position after 22 years he signed his first contract with the English club.

"I achieved Arsenal's Champions League qualification for 20 consecutive seasons, something that isn't easy" he said. "Last year we couldn't [qualify] and that's why we're going to give everything to try to reach the final.

"I don't know if there is a perfect goodbye fairy tale, but what I can say is that these players have quality and always bounce back. "They deserve something special and I want to get it for them, not for me. "I am convinced that with two or three signings this team can fight for the Premier League."

Asked about the European match that has highlighted his memory, he recalled a game against Real Madrid.

"I have played nearly 200 European matches with Arsenal and it is difficult to think of a particular match," he noted. "Perhaps the games in which we eliminated Real Madrid (0-1 at Estadio Santiago Bernabeu and 0-0 at Highbury), when they had Raul, [David] Beckham, [Luis] Figo, [Zinedine] Zidane.

"We had a very young team and we managed to secure a clean sheet in the two matches. "Then we beat Juventus and Villarreal and we were defeated in the final at the hands of Barcelona. "However, I don't think about the past, only about the future."