WHY MIKEL REJECTED SMALL AIRCRAFT FOR NIGERIA U23 TO MANAUS 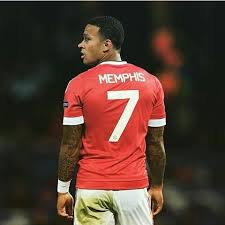 John Obi Mikel has narrated why he prevented Nigeria U23 team from boarding a ‘tiny’ aircraft to the 2016 Rio Olympics.
The Dream Team were a late show for  the South American country after flight delays – and arrived in Amazonia less than seven hours to their first game against Japan.
In his column, the Chelsea star stated why he took the stern decision which hindered him from lifting Nigeria’s flag during the opening ceremony.
“Not everything went according to plan at the start, mainly because there seemed to be a problem getting a plane big enough to take us from our training base in Atlanta to Manaus for our first match,” he wrote on Evening Standard.
“I will never forget going to the airport and seeing this tiny aircraft that had been booked for us.
“It was so small and only had room for about 25 people. I don’t know how they expected us to get on that plane, we all have families.
“We were also told that it would need to make two stops on the way to refuel, fly overnight and take eight hours.”
“I had to step up for the team and told them we have to get a better plane or we will wait in Atlanta. Thankfully a better plane came out of nowhere and we ended up on a direct flight, that took us just five hours,” he continued.
“Unfortunately, I didn’t end up carrying the Nigeria flag at the opening ceremony as expected.
“I watched some of the ceremony but then I got a bit too emotional and had to switch off because I knew I was supposed to be there.
“But that’s life and I still have a lot to be excited about. We are already in the quarter-finals, regardless of the result against Colombia in our final group game tonight.
“Everyone is determined to carry on the momentum and keep winning.”